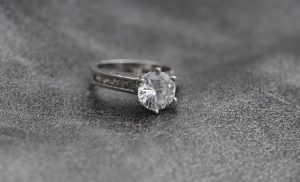 Congratulations to all those couples who have got engaged over the Christmas period. According to one poll Christmas Eve is the most popular date for people to pop the question each year.

For those of you who were secretly hoping your other half would be getting down on bended knee this Christmas, don’t give up hope just yet….according to ‘Chilli Sauce‘, New Year’s Eve comes a close second, from a survey of 10,000 couples. So, tomorrow could be a very special day!!

If you have just said a big fat ‘yes’ to getting married then your proposal story will become part of the fabric of your relationship. It’s something that I, as an Independent Celebrant, love to hear about. I’m constantly amazed at how creative people can be with their delivery of those 4 little words…’Will you marry me?’.

They rarely seem to go as planned, often include at least one missed opportunity, and usually a great deal of preparation and planning.

According to the Huffington Post, one man in the UK, asked his girlfriend to marry him 148 times over a 6-month period, without her noticing. Ray Smith discreetly placed a card asking his girlfriend to marry him in selfies he took of himself and his partner, Claire Bramley. Smith ended up playing Bramley a montage of all the images, which included family and friends also popping the question on his behalf, on Christmas Day in 2015. How sweet is that?!

« Where will you tie the knot?!The Greatest Privilege »

© 2017 Hannah Osmond Independent Wedding & Family Celebrant for ceremonies in London, Brighton & Hove, Sussex, Surrey, Kent, Hampshire, Somerset, Dorset, Wiltshire & beyond.
Hannah is a member of the Fellowship of Professional Celebrants and a listed member in The Celebrant Directory.|ProPhoto Photography Website